Cherry Bomb Pepper Hot Sauce and Why Siouxsie Sioux is My Spirit Animal. 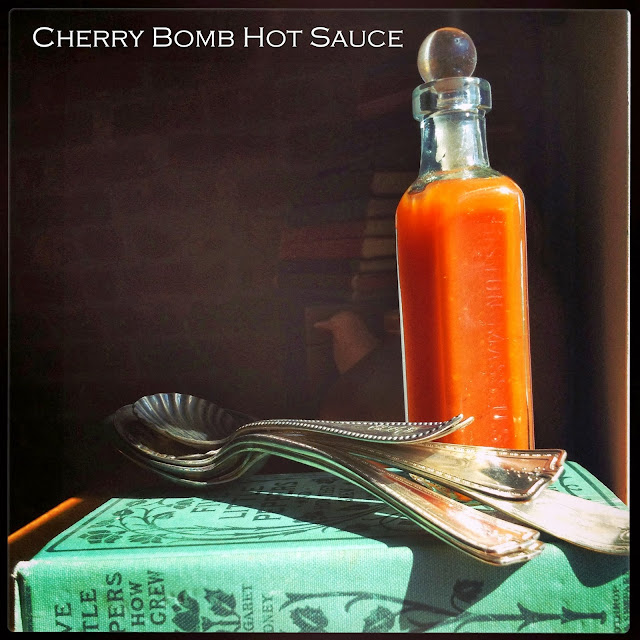 I bought a big bunch of cherry bomb peppers at the farmer's market last weekend mostly because their name reminded me of the 1976 hit Cherry Bomb, by The Runaways. I have a special place in my heart for punk rock, especially the early stuff. Despite all evidence to the contrary (I think I probably come off as pretty straight laced), there will always be a deep part of me that craves some level of civil disobedience mixed with mutual-aid and unfettered self-expression. Basically, Siouxsie Sioux is my spirit animal.

This cherry bomb hot sauce is absolutely loaded with flavor and is definitely as close to punk as a hot sauce can get (save that it's not fermented...and that I just said that). It reminds me of a mix between Cholula and Sriracha and it's great over anything that can benefit from a kick of heat. I think it would also be amazing in a Bloody Mary, but you'll have to test that theory out for me:-). Please note that this recipe will work with any hot pepper, the heat level will just vary. 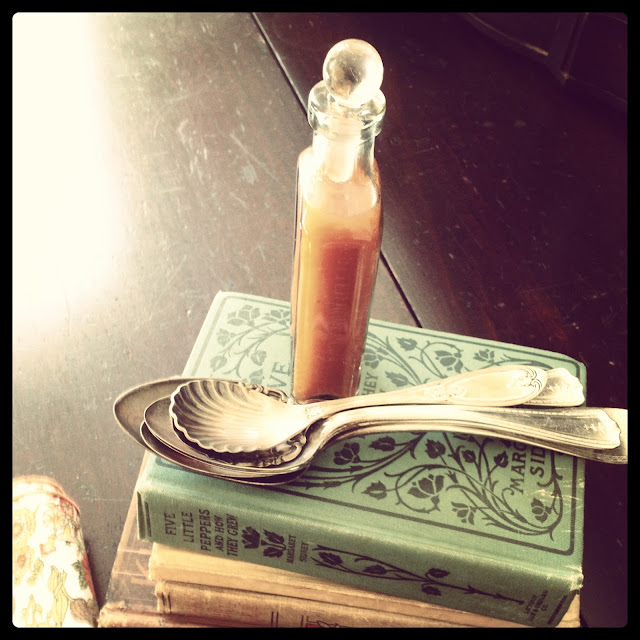 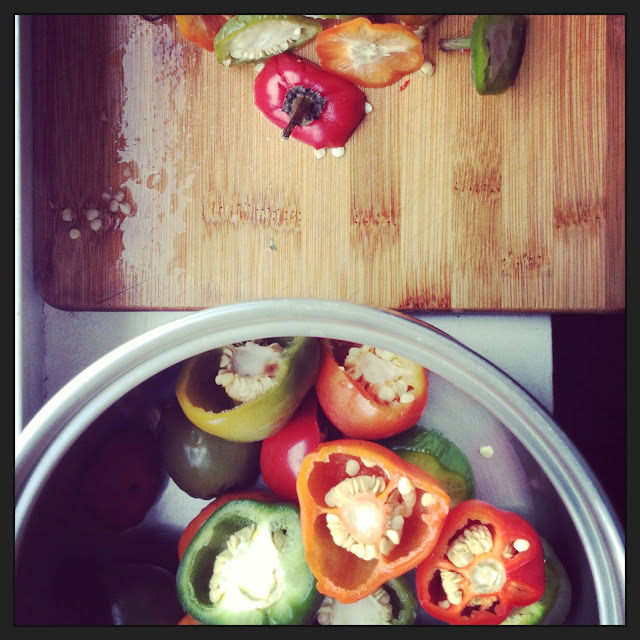 Then combine all the ingredients in a food processor and puree until smooth. 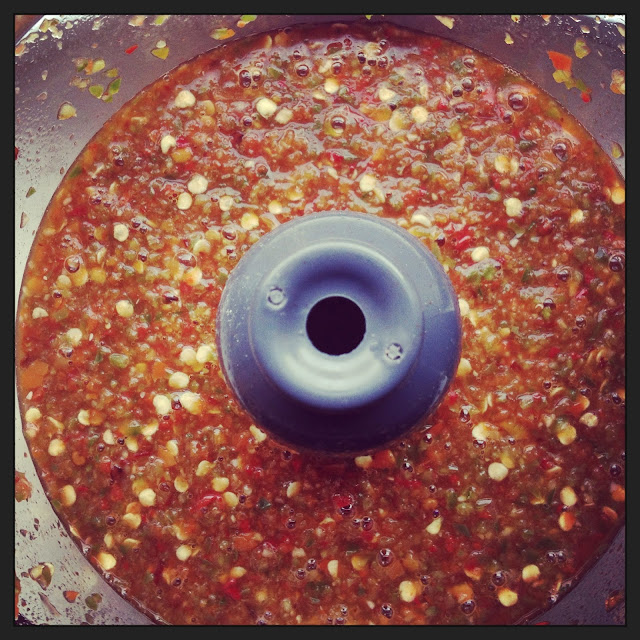 Force the puree through a sieve to remove the pepper seeds and then pour the hot sauce into a mason jar or something similar. I ended up with about a cup and a half of hot sauce from this recipe.
Posted by Rachel at 1:26 PM

Email ThisBlogThis!Share to TwitterShare to FacebookShare to Pinterest
Newer Post Older Post Home
Food is a refuge, an art, and a portal to social change. Here's to food for thought!